Have you stood in this line before? I have. Many, many times. In fact, every time I’ve been to NYC, I’ve made it a point to stand in this line. And if you know me at all, you know that I am NOT a line-stander-inner. But the greasy, delicious foil trays of food dished up at this stand are well worth the wait. (And it didn’t hurt that the line usually moved pretty quickly.) For years, this food cart has had a steady cult following amongst the south Asian community.

Back in the good ol’ days, the cart opened at 6pm and didn’t close til around 4am. The often line felt more like a giant family reunion than anything else, especially on weekends when families would commute in from the suburbs for this late-night treat. Minivans were parked illegally all over the place, and kiddos ran circles around the grown-ups waiting patiently in line. There was no real seating – on the steps and concrete planters of nearby office buildings, families huddled together next to 20-somethings taking a break from the club and harried suits who had just left work.

And what could they possibly have been serving that was delicious enough to be worth all this fuss? Well that’s the thing. Words don’t do it justice. The $6 plate of food – known as either “chicken and rice” or simply “platters,” back in my day – contained a mix of chicken, gyro meat, rice, and pita. And a little salad, if you were good. (I usually asked for extra pita in lieu of salad.) But the piece de resistance was the white sauce. Oh, that white sauce. Creamy, delicious, flecked with black – no one knew what it was, but everyone agreed that it was what pushed this meal over the top. I always asked for extra. There was red sauce too, for braver souls than I. I tried it once – just dipped the tip of my pinky into it and barely touched my tongue to the stuff. I kid you not, my entire mouth was on fire for 30 minutes.

Truth me told, I haven’t been to NYC in years, and so haven’t had the magical grease-fest in quite awhile. I haven’t tried any of their spinoffs, so have no idea if their quality control is up to snuff. But with a concept that simple, how hard can it be for them to duplicate their own recipes? Fingers and toes are crossed that the DC spinoffs – which are slated to start opening Q2 1015 – will be as delicious as the originals.

Rendering courtesy the JBG Cos.

The City Market at O may have been the first mixed-use development of its kind (read: gigundo) to grace the streets of Shaw, but my friends, I am here to tell you that the arrival of that leviathan was just the beginning. The Atlantic Plumbing condos, set to deliver in spring of 2015, will have 62 one- and two- bedroom condo units, multiple rooftop terraces, an in-house gym, and a variety of eateries – a complex certainly on par with its nearby competition. Condo pricing begins in the upper 300’s, but skyrockets up to nearly 2 million. (Either that’s going to be one hell of a 2-bedroom, or developers The JBG Cos. and Walton Street Capital LLC are holding out on some of the details.) The building described (and pictured) above will be at 2030 8th St. NW; next to it, at 807 V St. NW, will be 300 luxury rental units, even more retail, and a Landmark Movie Theater. Shaw is going to be pretty much unrecognizable before the decade is out.

Do you know the difference between a Tudor and a Victorian? Do you know whether you live in a bungalow or a shotgun? More importantly, you want to sound like an architectural smarty-pants when walking around town with your friends? Then check out this handy-dandy Guide to Residential Styles from RealtorMag. These detailed illustrations and descriptions will tell you everything you ever wanted to know about the country’s most popular residential architectural styles.

One design trend that I’ve been seeing a lot of lately – and am absolutely in love with – is the use of horizontal-style steel handrails on interior staircases. The black finish looks especially beautiful when set against exposed brick, and a grey finish an add a very sleek, extra-modern touch to a space. Check out the photos below and see what you think! 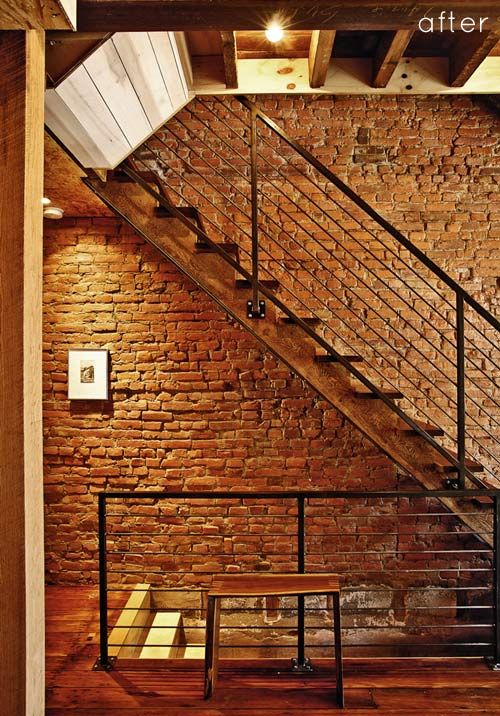 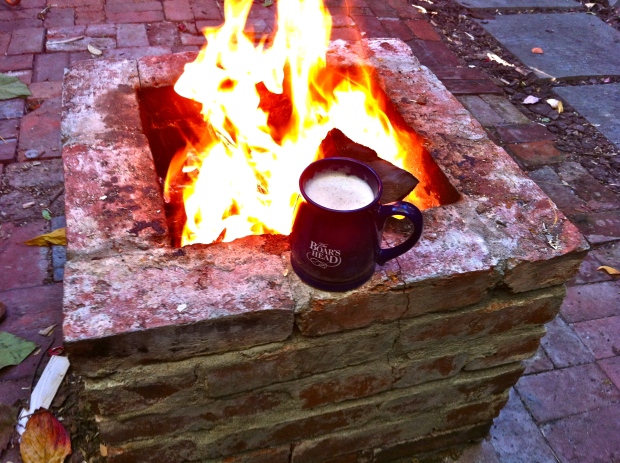 Winter made a few tentative appearances before settling in for good in a pre-Thanksgiving whirlwind of slushy snow. Ugh. One of my favorite ways to fend off the winter chill is with a steamy mug of homemade hot chocolate. I have to hand it to the marketing departments of Swiss Miss and their ilk – the ubiquitous hot chocolate mixes of the world have made us forget just how easy it is to make this stuff from scratch! Here’s my easy-peasy recipe, though you’ll want to adjust the sugar/cocoa/milk ratio to taste. Kiss your Swiss Miss goodbye!

1. Combine cocoa powder, sugar, and half and half in bottom of empty coffee mug. Don’t worry about mixing it well – that’ll be much easier once you heat it up.
2. Microwave mixture for 30 seconds or until it starts to steam a little.
3. Whisk/stir to form a smooth slurry.
4. Add milk, microwave 1-2 minutes until desired temperature is reached, then give it a final stir as needed.

Et voila! It’s divine straight out of the microwave, or you can add whipped cream, marshmallows, or use an immersion/stick blender to whip it up into a nice froth. Enjoy!

THE NEXT GENERATION OF DMV REAL ESTATE
As a recovering attorney turned realtor, I work with buyers & sellers, homeowners & investors. Whatever your DMV real estate needs may be, I've got you covered. Licensed in DC, MD, and VA.